PassionAir, a Ghanaian domestic airline has begun its operations from the newly constructed Ho airport in the Volta Region of Ghana. The airline has its head office in Accra, Ghana, and its main hub at Kotoka International Airport in Accra.

Some time ago, PassionAir made a test flight on the Ho air route to see how feasible it is to operate and transport passengers from the Volta Region. Well, it seems everything went well and the airline from 4th December 2021 begin full operation on the Ho air route. 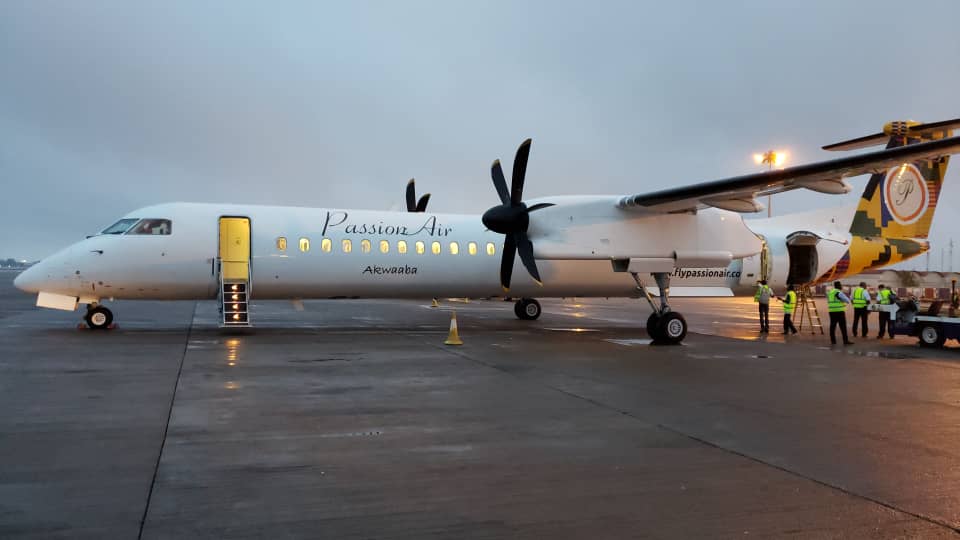 You need to be informed also that, the airline is also beginning its operation on the Wa route as well from Accra. You can acquire your tickets from Flypassionair

Ho is the capital city of the Ho Municipal District and the Volta Region of Ghana. The city lies between Mount Adaklu and Mount Galenukui or Togo Atakora Range and is home to the Volta Regional Museum, a cathedral, and a prison

Wa is a town and the capital of Wa Municipal District and the Upper West Region of northern Ghana. Wa has a 2012 settlement population of 102,446.

Features of the town include several churches and mosques, the Wa-Na Palace, the St. Andrew’s Catholic cathedral, the University for Development Studies (UDS), a museum, and a nearby hippopotamus sanctuary.

According to a statement released by the airline on their official Facebook Page, plans have been finalized accordingly as stated below:

The operations on this route as stated above shall be explored twice every week and passengers are expected to take not according. Prices of the operations is starting from GH¢209.00

As stated above, the airline’s operations along the Accra to Wa route are expected to be implored three times weekly. You must know that the prices of this route is starting from GH¢395.00