Deloris Frimpong Manso, better known as Delay, is an entrepreneur, television and radio show host, producer, public speaker, and Women’s Advocate from the Republic of Ghana.

The outspoken lady was born in Ghana, on June 24, 1982, and since joining the media space of the country contributed immensely to its development as well as her personal development over the year. Over the duration of her career, she has been credited for some of the most successful shows in the country including; Afia Schwarzenegger which she produced from 2009 to 2016, Cocoa Brown from 2015 all through to 2018, and The Delay Show which started running in 2009 and still on.

Delay has over the past few months been a topic of discussion among social media folks who uninterruptedly comment on her posts with the topic of marriage all the time. It is noteworthy that the celebrity is still single even at her age.

Being a strong woman and someone who holds others to accept their stands on her interview program, she does not seem bothered as she keeps showing social media the best she has to offer. That’s strange, right? Yes, it is. She seems unconcerned because her marital status should not be of concern to anyone.

In a recent post on her official Facebook page, Delay called out to her hater, telling them literally to go and die for all she cares.

She posted a picture of herself with a beautiful smile and then gave out the most painful caption any bad wisher can think of, “My Condolences

I hear some people are dying to see me lose

Well, if you are a bad wisher on her list of fans, you might have to just pass by before socialites get you. 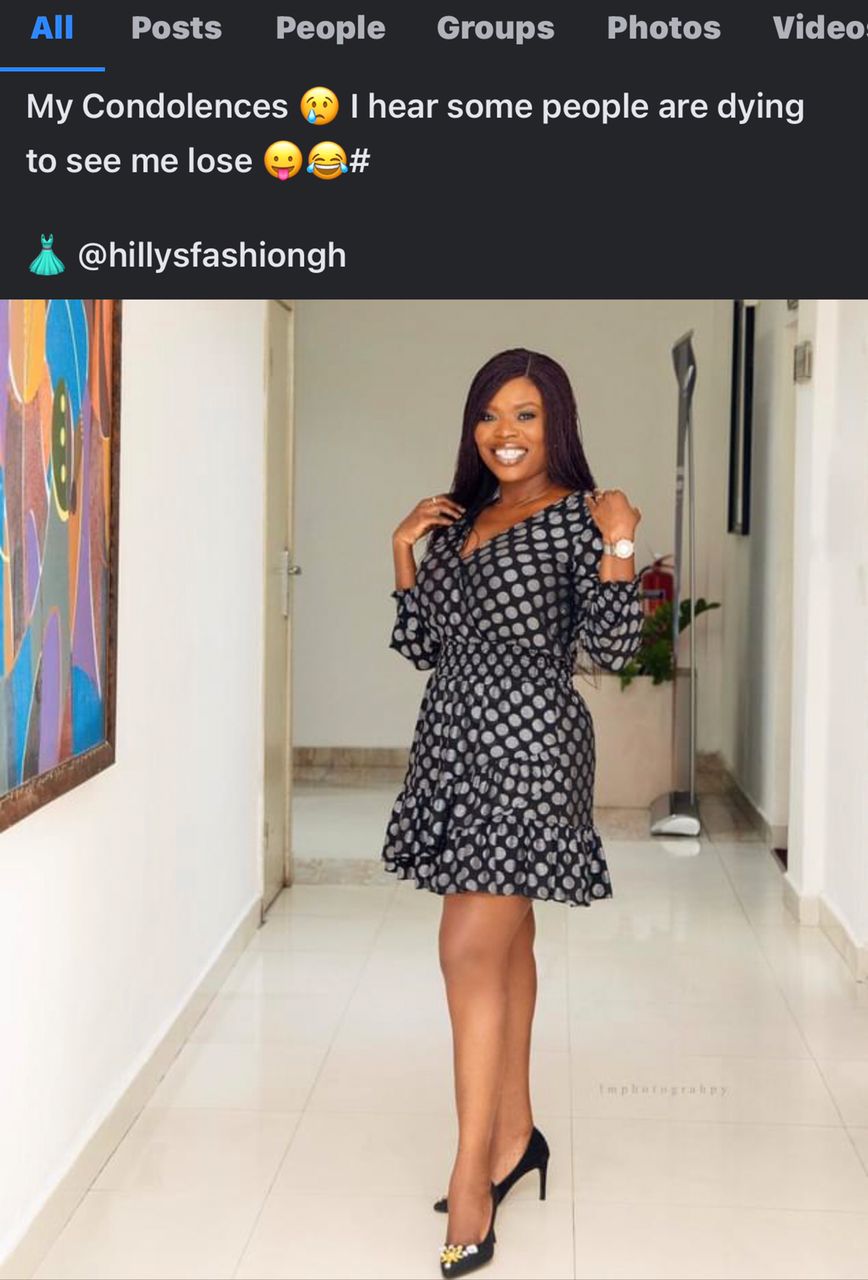