Just in case you are not aware, Ghana’s Parliament is set to debate a bill that when finally passed would regulate and protect Ghanaians and foreigners in Ghana on same-sex activities which the laws of the country frown on. And for that, CNN’s international correspondent, Larry Madowo interviews Sam George, a Ghanaian lawmaker representing the Ningo Prampram constituency.

Since Sam Nartey George is one of the few Members of Parliament who sponsored the draft of this bill, the interview with CNN was to explain to the world the reasons behind the concept and coming of such a bill which the world sees as one that would promote hate.

You also need to look at this; Why Ghana Should Be Your Best Tourism Destination Any time, Any Day

Unfortunately for CNN, the questions asked by Larry Madowo which was obviously sanctioned by the director of news were not in line with what the lawmaker believes in and this has led to a need to explain to the world why the bill came up.

Madowo has a bachelor’s degree in Communication from Daystar University in Kenya as well as a master’s in Business and Economics Journalism from Columbia University in New York.

He joins CNN from the BBC, where he most recently served as the network’s North America Correspondent in Washington, D.C. In that role, he covered major U.S. news stories including the Covid-19 outbreak, the 2020 presidential election, and the protests following the death of George Floyd and the trial of Derek Chauvin.

In the interview, Sam George seems on top of all questions he is asked and tries his best to defend his stand with the laws of Ghana as much as possible.

Reacting to the interview on Twitter, some Kenyans describe the Ghanaian MP as more learned and factual and one who knows what he stands for. According to them, Larry was just doing the bidding of the news team without doing due diligence about the person he was interviewing.

These tweeps see no reason for Larry representing Kenya as he mentioned in the interview that he is a Kenyan and not an American.

Watch the interview here or here

Check out the reactions of these tweeps: 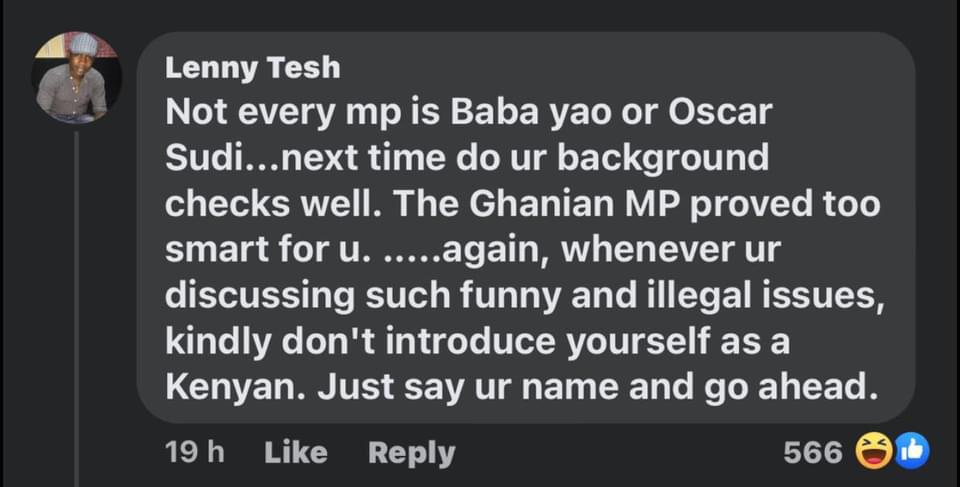 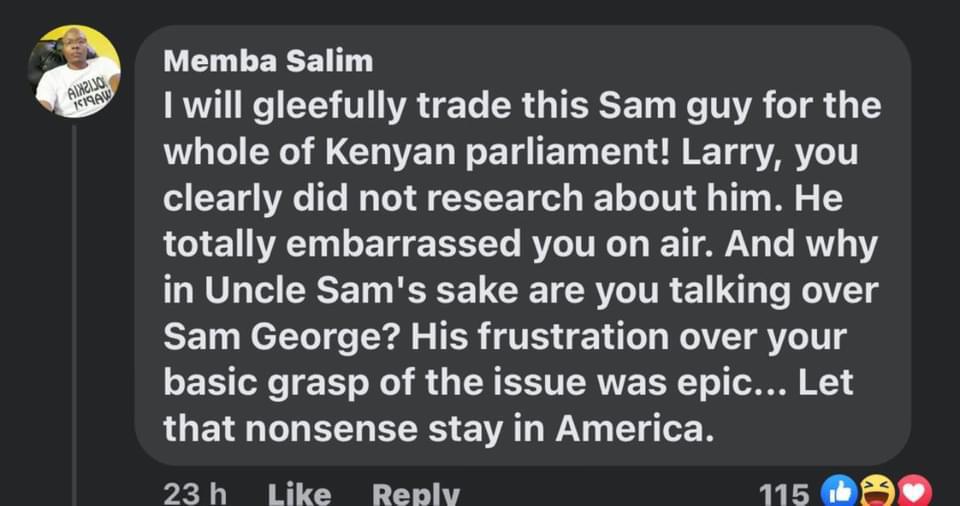