If we remember, the president of Ghana, Nana Addo Dankwa Akufo-Addo made a statement on a national radio station during his ‘thank you tour’ which purposely downgrade the importance of the chief of Aflao, Togbe Fiti.

Togbe Fiti upon realizing that the community senior high school project started during the regime of the previous government was still not completed after 5 years of coming into office of the NPP government began a campaign to call on the president to come to the community’s aid. He said that the community is frustrated because it has no SHS and the one under construction is long overdue.

But the president while speaking on Peace FM, one of the country’s most listened radio stations responded to the call saying if he 9 (the chief) is frustrated, he should complete the school himself.

Well, this issue did not go down well with Ghanaians since it also came at the back of the president rendering an apology to the people of Cape Coast over some of his other comments in the Central Region.

Actor, John Dumelo who is not interested in criticizing the president joined the debate but with positive intent. He has offered to help the Aflao chief in his little way to complete the school block. An intention he made known in a Facebook post. 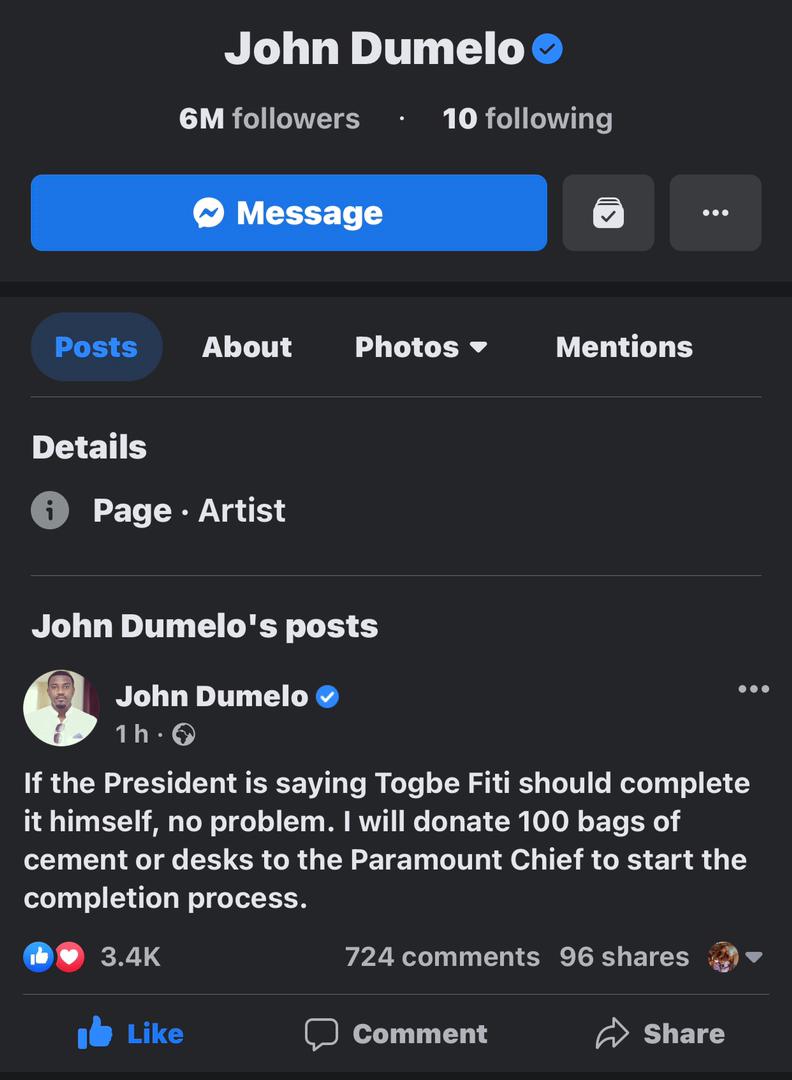