For some people, being able to ask the opposite sex out on a date is a huge problem and a number of men are still single for this single reason. Introduction of the ‘date rush’ love matching show has over the years serve as a ‘lawyer’. Here, we bring you details of the next date rush audition and how to get on board.

Date Rush is more like a reality show that focuses mainly on bringing ladies and gentlemen who are single and searching for love together. The show is produced by the TV3 Television Network, a subsidiary network of Media General, one of the nation’s biggest media groups, and is sponsored by Rush Energy Drink.

You may also find How Four Youngsters Blend Arts And Culture Into Tourist Attraction In Volta Region interesting.

For the next season of the show, members of the general public who would want a chance to find love is directed to start preparing ahead of the auditions which are scheduled for two consecutive days in the month of October.

This is how to participate:

1. Potential participants should send the prettiest pictures of themselves through Whatsapp Messenger to the producers on +233261197411

2. Participants should also write briefly about themselves to accompany the picture sent as this would provide some basics about them

3. Auditions are slated for the 27th and 28th of October 2021 in the executive theatre of TV3 network and you don’t want to be left out as a single.

Check out the advert: 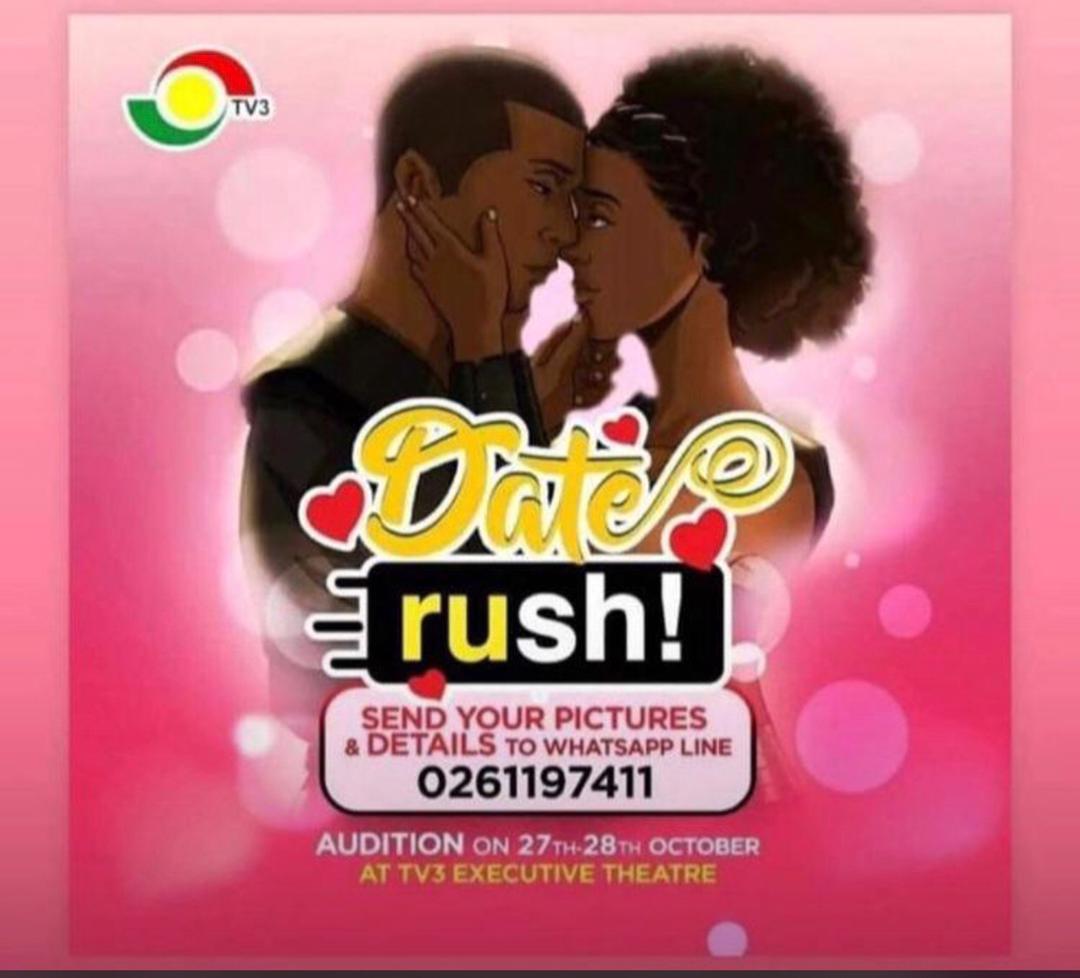